We reported in January that planting on the World War 1 Memorial Park between Bramble Road and Honeysuckle Way had been completed. The project was designed and funded by Braintree District Council (BDC) and in January we had finished planting the 30 trees allocated by BDC for this, the second and final year of the project.

However, BDC recently let us know that funds were available for additional planting and we were delighted to return to the site on 13 March to put some final touches to this important project. It had always been the intention that the Park would be a memorial to all those people from Witham who served in the First World War and we had planned that there should at least be one tree for each of the 82 men who gave their lives in that conflict. We had achieved that goal in January but were very happy to have the chance to increase the number of trees to improve the shape and impact of the site.

We added 6 more trees, 3 hornbeams and 3 field maples, at the Bramble Road end of the Park, bringing the planting on each side of the existing hedge into line. We were on the wrong side of the hedge from the point of view of the weather as we were battered by very strong gusts of wind on the exposed site. Fortunately, we and all the trees survived this battering.

In addition we planted 2 white poplars and a red leaved acer on the other side of Honeysuckle Road from the Memorial Park. These trees are down a slope and not at the moment visible from all parts of the Memorial Park but when they begin to establish themselves and grow towards their full height, they will form a dramatic end marker for the Park.

Of course, our responsibilities do not end here. We shall be watering the trees throughout the summer and carrying out maintenance work as required. The next step is to install signs explaining the purpose of the Park and we will be liaising with BDC as they develop ideas for these signs. 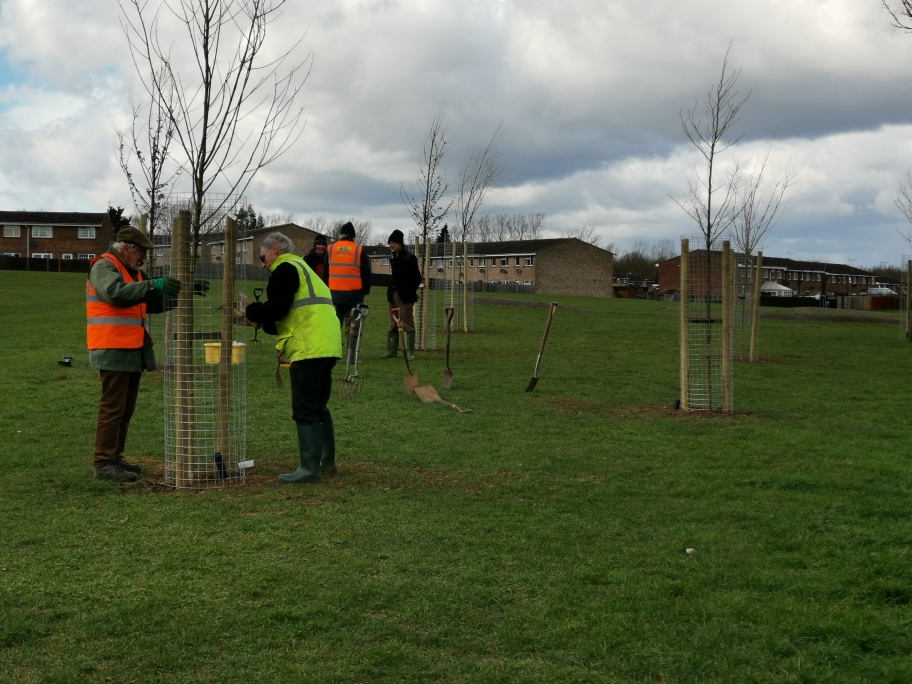